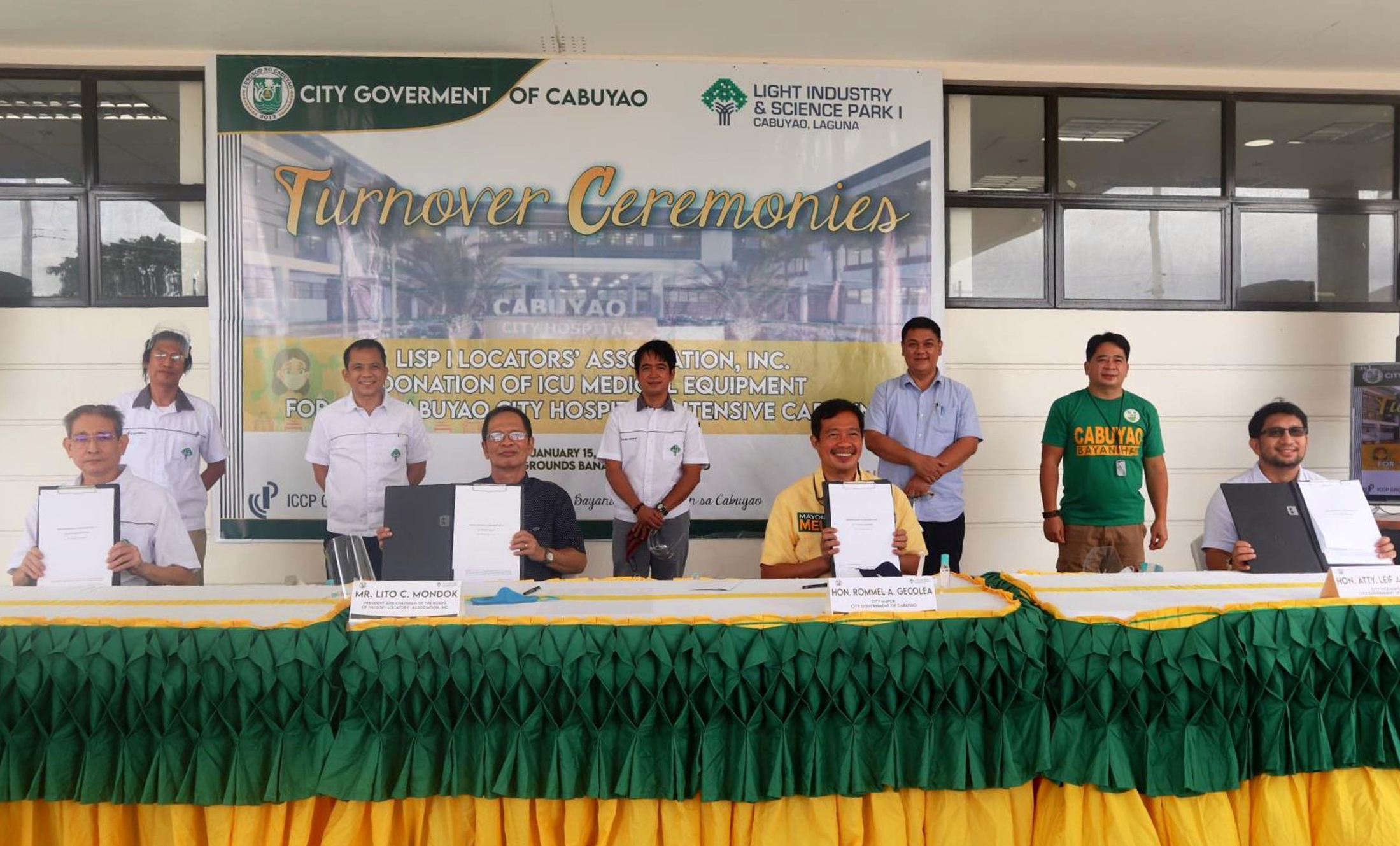 In response to Cabuyao City local government’s appeal to support the completion of Cabuyao City Hospital (CCH) and as part of its efforts against Covid-19, the Light Industry & Science Park I Locators’ Association, Inc. (LLAI I) donated medical equipment worth a total of Php5.59 million to fully equip two out of the hospital’s ten intensive care unit stations. The donation was facilitated by ICCP Group Foundation, Inc., the CSR arm of Science Park of the Philippines, Inc. (SPPI), developer of Light Industry & Science Park I (LISP I).

The formal turnover ceremony for the first batch of equipment took place at the CCH grounds on January 15, 2021. The event was attended by key executives from the local government of Cabuyao headed by Mayor Rommel Gecolea and Vice Mayor Leif Opiña, LLAI I President, Mr. Lito Mondok, and SPPI President Mr. Richard Albert Osmond.

Construction of CCH started in 2018 and is now in the final stages of completion. The hospital is expected to be operational by March 2021.