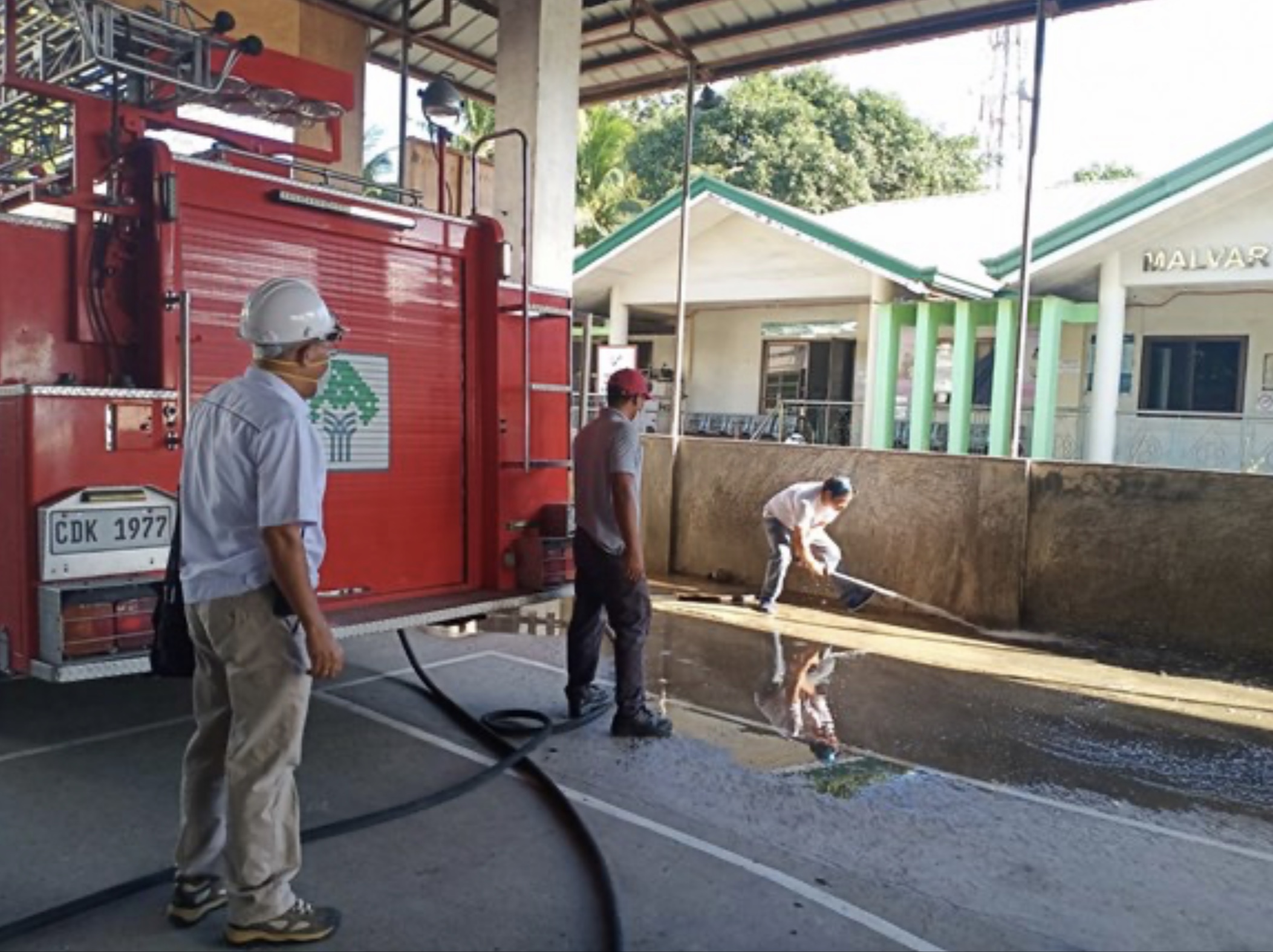 Science Park of the Philippines (SPPI) responded to help neighboring communi- ties affected by the phreatic eruption of Taal Volcano. On January 13, one day after the eruption, SPPI assisted the local government of Malvar, Batangas in initiating an imme- diate cleanup drive in the area. SPPI used its manpower, equip- ment and firetrucks to help the volunteers and barangay repre- sentatives in cleaning accumu- lated ashfall in the municipal
market, public roads in Brgys San Pioquinto, San Pedro 1, San Fernando and Bulihan, and the municipal gymnasium which was used as an evacuation center.

After the 11-day cleanup, the roads were restored to safe condition which enabled faster mobilization of relief operations.